At ZenSpace, we teach clients how to extend their healthspan through intentional stress management. 44% of adults claim their stress levels have increased over the past five years. Self-care just isn’t a priority. We match our clients with compassionate Stress Management Coaches that teach them to make self-care a priority. We should all know that we are not alone and that life is a journey best traveled together. Let’s find your ZenSpace.

Backpacking and Hiking with friends, healing others through holistic means and barbecuing in my downtime.

Fillout The Form Below

My Passion and Commitment

Dr. Peter Rehl became interested in chiropractic in the year 2000 when he had a low-grade fever for eight months and low back pain. The MDs could not find a solution to the issue. It was a chiropractor who, through chiropractic adjustments, soft tissue work, lab work, and nutrition helped him recover. His chiropractor helped him realize he needed to stop eating grains grown in the U.S. with gluten while also understanding our bodies need a special kind of care to be at optimum health to balance the nervous system, with a focus on the spine: chiropractic! A year later, Dr. Rehl also received a sports injury to his leg, and his chiropractor provided care that allowed him to recover well from the injury.

As a result of receiving excellent care from a chiropractor, Dr. Rehl committed himself towards a life-long endeavor to give back to those in his communities with passion the kind of chiropractic care that changed his life around for the better. Dr. Rehl engages his patients with candor, enthusiasm, warmth, and a high caliber of delivery of care. Dr. Rehl has attained Advanced Proficiency in Activator Methods, the highest level of training using some of the latest techniques in adjusting. Dr. Rehl also adjusts manually, while incorporating a variety of soft tissue care for patients.

Get to Know Us 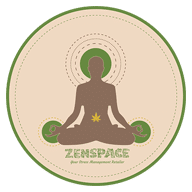 Install ZenSpace on your iPhone

and then Add to Home Screen